In 2016, the Blue World Institute along with the Croatian Natural History Museum and partners from five other EU Member States (Greece, Cyprus, Malta, Italy and Slovenia) initiated this transboundary LIFE funded project looking at the status of sea turtles in the European Mediterranean region. 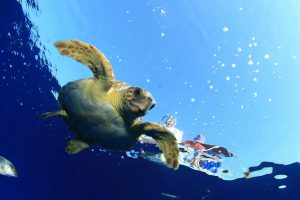 The objective of this project is to improve the conservation status of the EU populations of two sea turtle priority species, the loggerhead turtle Caretta caretta and the green turtle Chelonia mydas. This can only be achieved through an EU-level approach considering the multinational distribution of these populations, which have breeding and foraging grounds in different and distant EU countries. Taking the holistic approach the project aims to reduce the impact of anthropogenic threats at nesting sites, reduce the impact of anthropogenic threats at foraging grounds (in particular fishery-related) and to improve the effectiveness of marine Natura 2000 sites for sea turtle conservation by extending current sites over turtle hot-spot areas and improving their management. In this manner, a consistent approach for the conservation of the EU sea turtle populations can be put into place to optimize current and future efforts for conservation. In addition, this project will use consistent methods and provide baseline data for improving the capacity of monitoring the conservation status of the EU sea turtle populations promoting among EU citizens the concept of shared EU sea turtle populations and of the common heritage of natural marine resources of which sea turtles are excellent and charismatic flagship species.

Loggerhead turtle with a satellite transmitter

Actions will include protecting the nests in order to minimize destruction or bad incubation caused by humans or human-dependent predators. At sea, conservation will aim to reduce the impact of fishing by providing fishermen with the best practices to significantly reduce the mortality of turtles incidentally caught. After care actions will improve the capacity of rescue networks and rescue centres to promptly rescue and successfully treat injured turtles. Finally, policy development will seek to create or expand Natura 2000 sites in order to include turtle hot-spot areas.