History of the Blue World Institute

The Blue World Institute was set up with the intention to carry out scientific research, promote environmental awareness and advance conservation projects in the Lošinj-Cres archipelago, Croatia, and the Adriatic region as a whole. It was originally formed with the direct aim to take over the research and public awareness activities of the Adriatic Dolphin Project (ADP) which was initiated and managed by Tethys Research Institute in 1987. In 1998, when Tethys was about to close the project, researchers and local residents decided to breathe the new life into the activities as they recognised the contribution of the dolphin population for future development of the Lošinj municipality. 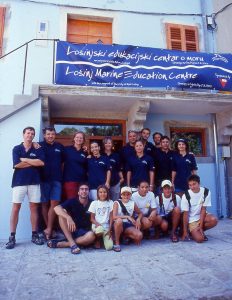 So, in 1999 the Blue World Institute was established by a group of 10 members, mostly local but who were all previously involved in the Adriatic Dolphin Project. It was registered as a non-profit organisation on 28 March 2000. But, the transition from a “project” to a fully-fledged organisation was not a painless process. After parting ways with Tethys, and having been left with knowledge and data alone, we had to wrestle to secure the needed resources and equipment. As “luck favours the brave”, we managed to present our passion, to one of the largest banks in Croatia, Zagrebačka banka. It must have been this passion they recognised, as our organisation was without any record of accomplishment other than the personal and professional integrity of people that made the organisation as its assets. The bank decided that our ideas and goals were worth supporting. The bank donation provided the newly formed BWI with sufficient funds to buy a new research boat and all the needed equipment. At the time, it was the biggest donation ever given by the bank. Keeping our heads up high in the air, through laughs and smiles we continued our work. Apart from corporate sector, we received vital support from the City of Lošinj, which continues to support our work. We were on the spree! We embarked on lectures, campaigns, TV interview and radio presentations – from Croatia to USA and Japan; we entertained Bradly Cooper (unfortunately we did not know he will become such a famous star or we would take more photos) and hung out with local “characters”. Our next great success was opening of the Lošinj Marine Education Centre and hiring our first full time employee – Andrea, who is still with us welcoming everyone with a huge smile!

Andrea, with a huge smile!

It was followed by the declaration of the first Mediterranean Dolphin Reserve, the opening of our second field base on Vis Island, thanks to huge support from Porsche Croatia who provided us with new research boat, equipment and two new VW cars. After that, the only way was up! Third field base on Murter Island, research activities throughout the entire Adriatic, international recognition, and over 10 EU-funded projects. We are proud of our success, and we are sure our supporters are too. Hundreds volunteered and participated in our research. Thousands adopted “our” dolphins and supporting us directly. Tens of thousands participated in our activities. Over 27,000 follow us on Facebook. Our story is a story of friendship, dedication, perseverance and above all motivation. And support from many of you. We believe that embracing knowledge and diversity of ideas and opening up will help us grow and improve even more. 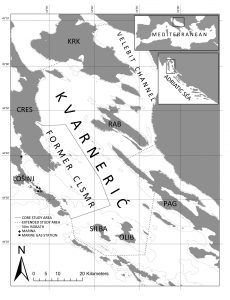