The Blue World Institute and the Institute for Environmental Protection and Research (ISPRA) from Rome, Italy carried out two aerial surveys on the distribution and abundance of bottlenose dolphins (Tursiops truncatus) and other species of conservation interest in the entire Adriatic Sea. These surveys provided the first complete aerial survey data at the basin level on the distribution and abundance of these species. This constitutes baseline data for a full assessment of their conservation status and any future monitoring programmes. The surveys were carried out in 2010 and 2013 by a team of four scientists on board a small two-engine high-winged plane which crossed the Adriatic Sea numerous times on predefined transect lines connecting the eastern and western shores. This research method has been used extensively world-wide to comply with national and international commitments towards cetacean conservation. In the USA, the National Marine Fisheries Service of NOAA is routinely using it within the framework of national commitments to the US Marine Mammal Protection Act. In Europe, the same method was used during three large-scale ship and aerial surveys to study the distribution and abundance of Small Cetaceans in European Atlantic waters and the North Sea (SCANS) and during surveys in the Mediterranean. The research is endorsed by the Agreement on the Conservation of Cetaceans in the Black Sea Mediterranean Sea and Contiguous Atlantic Area (ACCOBAMS), as a commitment from the participating states on their objectives to secure favourable conservation status for this species. 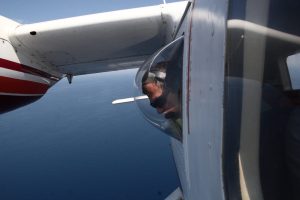 All relevant national institutions of the Adriatic countries – Italy, Slovenia, Croatia, Montenegro and Albania – have supported this project and issued needed research and flight permits. During the survey data on other big vertebrate species were recorded, like loggerhead turtle (Caretta caretta), the giant devil ray (Mobula mobular), and other marine creatures (e.g. rays, swordfish, tuna, the Sunfish). In 2010 and 2013, the total sample size of large marine vertebrates was 2767 sightings including 2115 sea turtle, 245 bottlenose dolphin, 145 striped dolphin, 145 giant devil ray, and 426 of all cetaceans. 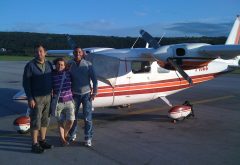 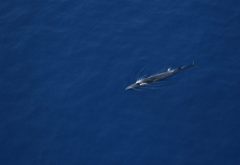 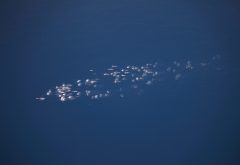 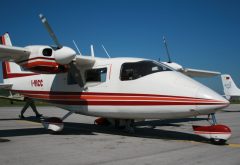 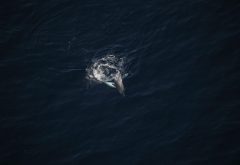 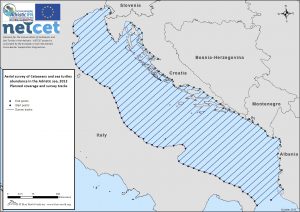